Date my App: Dating Sites Have the Perfect Mobile Marriage

​One area of mobile that fascinates me the most is how truly versatile it is. The ability to target users based on their needs and wants (and more importantly, what information they actively make public) is something that old school ... 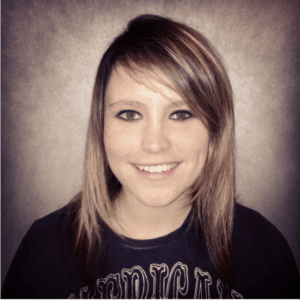 ​One area of mobile that fascinates me the most is how truly versatile it is. The ability to target users based on their needs and wants (and more importantly, what information they actively make public) is something that old school advertising may not have been able to do.

Dating sites traditionally didn’t sit on mobile (like most verticals) – but now, the power of mobile can really be used to harness this for these sites. There are of course, a lot of ideas that can be applied to different industries and business models. The reason why I’ve chosen dating sites is simply because of the ability to target users on so many different levels.

Dating sites within the affiliate industry have seen a huge rise in popularity over the last two years. Partially because online dating is becoming more and more acceptable and partially because big players like Match.com, eHarmony and My Single Friend have put an enormous amount into marketing, both online and offline.  In the US alone it’s estimated that there are a total 54 million single people of which, 40 million have tried online dating.

Online via our site, we’ve seen some dating programs increase by over 97% in cashback earned by our members year on year.

I’ve never used a dating site. Mainly because I am petrified of dominant internet power-hungry-women, and then of course, I’ve never found a site which was actually open to ‘normal’ gay women. By ‘normal’ I mean girls that don’t describe themselves as ‘your new girlfriend’ with user names like ‘Butch21_getitdone.’

It’s fairly obvious that the appeal of checking someone’s profile as a ‘try before you buy’ outweighs a ‘blind date’ market – but couple this with the convenience of doing this on your mobile – and suddenly you have a perfect marriage. Being able to nudge, bump, wink or grind people on the move is about as exciting as your first crush.

So, how suited are dating apps for the mobile world?

From a commercial point of view (and not one of a consumer), I guess you can sum this up into three fairly simple sections. The wooing, the dating, and then finally, the start of a beautiful relationship.

The pre, mid and end stages of any relationship can be explained across the mobile sector in 3 stages.  The wooing – here I explore some dating factors around that initial factor that catches your eye; The dating – basically, a considered action based on previous information provided to you as a consumer; and finally, the start of a beautiful relationship – that call to action previously now ending in a considered purchase.

So I guess this is where the attraction would start. It’s about getting in front of your audience in places they like to hang out. Without being in your face and forceful, there is a certain element of wooing which is required. Being able to ‘put yourself out there’ is the key theme of this section.

One key selling point of mobile is its incredible ability to target users by location. For example – apps like Lovestruck and Grindr rely on geo-location for potential users to access how far a potential date is to organise a meet up. Understandably they have extremely different target audiences, and I am sure the ‘outcomes’ vary, but nevertheless, the ability is there.

A recent case study released by Lovestruck.com saw a ‘first of its kind’ mobile campaign which set to promote their app to Londoners only (an area they were looking to grow) – all in real time.  Lovestruck worked closely with Fetch / AdMob to target a particular audience, in this case, single professionals. Users were simply required to click on a banner and they would be taken to the app store to download the app.

Cost per downloads were 75% less than expected and proved to be a far greater ROI than running a nationwide mobile campaign. What’s more, Lovestruck increased the budget by more than 60% for this campaign and it’s said that mobile now makes up for 40% of Lovestruck’s marketing budget.

I guess in this instance, you’re pretty sure you like what you see, but you still need incentive / enticing to stick around; it’s about brands using these elements to essentially get you to commit to a purchase. Why should that potential customer pick you over all the other pretty girls? – Where is your value?

Based on a recent study we did around dating, 87% of our members said ‘yes’ to discount dating. 39% of this audience said it was acceptable to use vouchers on the first date.

Whilst these stats prove our members are super savvy (albeit maybe slightly less romantic), for average Brits I think the next thing I’d like to see these apps take advantage of is the ability to discreetly use vouchers. With advancements in offline discounting or table booking services, there is no reason why this couldn’t happen. Creating a ‘full experience’ (based on your own likes and preferences, and those of your date) restaurant options or possible ‘things to do’ on your first date would be key to a thought out process and agreement on where to take your date.

An app I discovered a while back called ‘Pin Drop’ allows users to create their own curated lists of things to do. Members have created ‘Best places to take a girl on a date’ lists or ‘cheap date’ lists – which could potentially have a huge place in the dating market.

‘The Start of a Beautiful Relationship’ – Relationship Status:  It’s not That Complicated

This is where you are ready to make a commitment by offering every bit of detail about yourself to your audience. You are set on the purchase. And this is essentially where brands would make the most of ‘going in for the kill’ based on their perfect ‘target’ customer.

And then of course, there is Facebook for mobile. What better way to target users than users who actively give up their relationship information. Traditional advertising wouldn’t see this happening (when was the last time you actually filled this in online other than on Facebook?) Not only are relationship statuses freely available, but also location and age.

In the States, apps like AYI (Are you interested) have used Facebook ads to increase their download rankings and acquire new users.  Off the back of running targeted campaigns AYI earned more than 200% more users than the previous month. For AYI, Facebook advertising was a cost effective model to test various aspects of the campaign. Changing demographics they were able to easily optimise their campaigns based on results.

Facebook product managers have said that 40% of the top 100 grossing apps in Apple have all used mobile app download ads (equating to over 25 million app downloads.)

I ‘Facebooked’ Your Girlfriend

Facebook have just hit over 1.11 Billion members with over 665 million daily active users and ad revenue of $1.25 billion. With stats like this, integrating Facebook into any mobile campaign with location based advertising makes for a no brainer considering the amount of data users will willingly give up. What’s even more compelling is that Facebook has now reached 751 million monthly active members on mobile. This is a whopping 54% increase from the same quarter a year ago.

To top all of this, Facebook ad revenue is estimated to top $2 billion in 2013.

In summary, dating sites are in a perfect position to use mobile for new user downloads / brand engagement and can be easily defined in 3 stages. To illustrate this I created an infographic – because I love them.

Angie is mobile & product manager at TopCashback.co.uk, one of the largest affiliates in the UK. Angie was hired to re-invent TopCashback’s mobile proposition (both for offline and online sales) and is purely focused on creating a truly amazing mobile experience. Prior to working at TopCashback.co.uk Angie worked for a mobile coupon network provider, a large voucher code site and prior to that, was client side at BSkyB. Self-proclaimed mobile geek and lover of infographics, Angie has wide experience from working in different industries, and used this applied knowledge from various sectors to ensure TopCashback has one of the most advanced mobile propositions.