Decision makers at Pinterest, the social pinboard and magnet for fashion addicts across the globe, have decided now is the time to start monetising the site’s swelling user base of clothing photo collectors.

In an email newsletter sent out during the early hours of this morning, Pinterest’s co-founder and chief executive officer, Ben Silbermann, reasoned that the company was hoping to secure its future by giving businesses a pin-promoting option.

Whilst the finer points have yet to be ironed out, Silberman insisted that the promoted pins would be tasteful, transparent, relevant and improved based on the feedback of the social network’s registered users.

This isn’t the first time Pinterest has let its business model wander towards something more ads based. Last year there were rumours that the links from pins to external sites were being monetised, which was later confirmed by Skimlinks.

You can read more about Pinterest’s plans in its newsletter below. 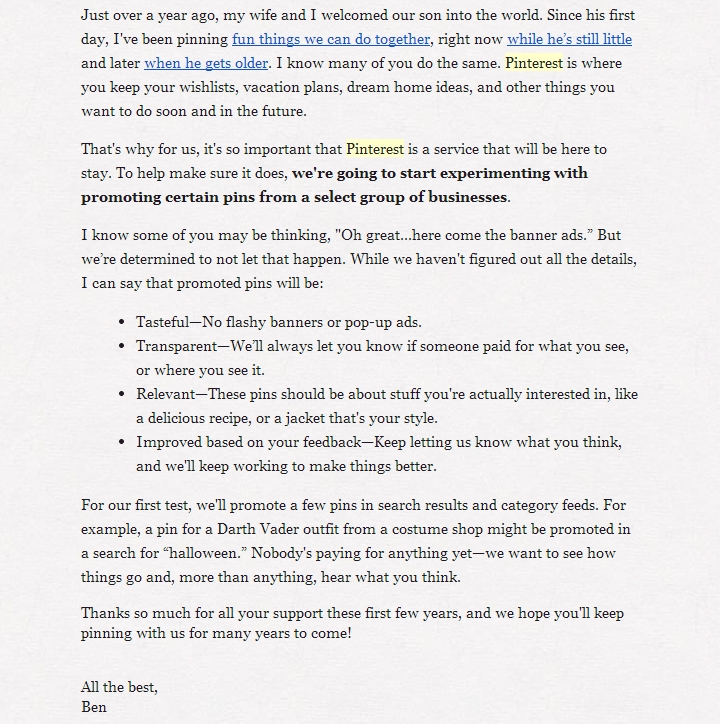