Affiliate marketing network affilinet have taken the parody route to promoting their programme management offering based on the viral success of the Dollar Shave Club’s 11 million views (and counting) since March 2012.

Our Sales are Fr**king Quality

It’s another recent addition to industry promotional videos, with competitor network Affiliate Window having released a ‘work for us’ video earlier in the year.

Software company Fusepump have also today released a new video to their ‘One Minute Challenge’ marketing series as companies look to video and viral marketing to raise awareness of the £9 billion revenue generating performance marketing industry.

Without forgetting the recent television adverts by heavyweight publishers Quidco, Top Cashback and broadbandchoices.co.uk, video marketing is certainly hotting up.

“The video was inspired by the One Dollar Shave Club promotional video.  We wanted to produce something that was both engaging and funny but got across what we are all about, and that’s doing affiliate marketing really well but very simply, no fancy add-ons that don’t affect a Clients bottom line.

“It may ruffle a few feathers but is all very tongue in cheek and hopefully gets across what affilinet is all about – people, quality and service.  Zaynab and Ros in our team wrote the script, shot the video and produced it, a very talented pair and I think every now and again it’s good to allow team members to use their creativity outside of their normal day jobs.”

Forget the Dollar Shave Club - If David Brent was ever to do a promotional video for Wernham Hogg, then the affilinet ‘Our Sales are Fr**king Awesome’ video I’m sure wouldn’t be far off how we would’ve imagined it! 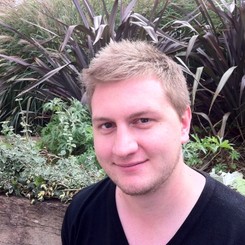 Former Content Director for PerformanceIN. Based in Bristol & London.