Performance to Acquisition: Five Reasons to Rebrand our Channel

Looking ahead to October’s Performance Marketing Insights conference the title of one panel discussion stood out – ‘Has Affiliate Marketing Lost its Identity?’ The blurb promises the panellists will discuss whether the term ‘performance marketing’ signals not just a loss ... 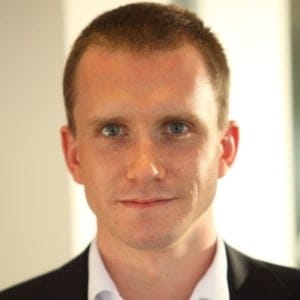 Looking ahead to October’s Performance Marketing Insights conference the title of one panel discussion stood out – ‘Has Affiliate Marketing Lost its Identity?’ The blurb promises the panellists will discuss whether the term ‘performance marketing’ signals not just a loss of identity but a loss of faith in the channel. This topic speaks to the much wider issue of the place of our industry in the multi-channel mix.

A related point was made by Helen Southgate in a recent article on this site, in which she highlighted the success of the display channel in presenting (or ‘branding’) itself as an engagement/awareness channel, noting how “display has done such a wonderful job of engraining itself on the CMO agenda”.

Speaking from the perspective of someone at an affiliate team agency-side, working alongside colleagues in other channels on clients’ campaigns, this rings especially true. That our own industry has had only limited success in doing a similar job for ourselves is regrettable. But if it is still true that the affiliate channel suffers from an ‘image problem’ it is not because it does a poor job of driving sales, but that it does a poor job of presenting itself as a sales-driving channel.

So how can this be corrected?

My own view is that the affiliate industry has made a strategic mistake in attempting to re-brand itself with the term ‘performance’. My argument is that this is a term that has been so quickly appropriated by other channels as a way of winning budget that its true meaning has been lost. Rather than attempting to follow suit and re-claim this ground, we should instead look to shift the terrain on which the debate takes place. To do this, I believe we should introduce a new term to describe our industry: Acquisition.

Here’s why, in five points:

1. ‘Acquisition’ Explains What we do in a Single Word, Easily Understandable by Everyone

The term ‘Acquisition’ allows anyone to grasp the one unifying aspect of all activity we run – acquiring something. It avoids the need to over-complicate the sell with unnecessary terminology (that the ‘merchant’ is the same as the advertiser, that the ‘affiliate’ is another word for the publisher, etc.) It is a myth that affiliate marketing is complicated, and a shame that this myth is still so often perpetuated by some who work in it. Our role is very simple: whatever action a client wants, we acquire, be it a sale, email address, download, making their phone ring – that’s us. This should be the message we take to clients, and to our internal stakeholders.

2. ‘Performance’ is a Term That Has Been Overused to the Point of Being Meaninglessness

When an RTB campaign wins the Performance Marketing category at the Digitals and 3 out of the 7 shortlisted entries are for Display it’s a sign that ‘Performance’ has become a seriously watered-down term. Using ‘Acquisition’ instead of ‘Affiliate’ or ‘Performance’ is a way to differentiate ourselves from other channels whilst still using a term that is easily understood by everyone.

3. ‘Acquisition’ Helps Clients Differentiate Our Activity From any Other ‘Performance’ Activity Within Their Business

A looseness of terminology here seems to have a direct effect on how much business we as an industry win. What does ‘performance’ mean? Paid search and display channels can fairly be described as performance channels if they optimise towards a given CPA, successfully arbitrating between a CPC or a CPM, for example. What is unique about our industry, however, is that we begin with the CPA – it is pre-set – a fact which makes the sort of ‘reverse engineering’ towards it that other channels have to grapple with unnecessary.

There are very tangible effects to this terminological confusion. A client’s ‘performance marketing’ activity tends very often to be directed to whatever team most closely approximates the delivery channel it is assumed can produce ‘performance’-based results. But this is the result of a confusion between the channel and the aim. For example, if someone asks for ‘mobile’ or ‘re-targeting’ activity, any associated budget is most likely to go via a company’s display or mobile teams because internally there is an ingrained perception that activity delivered through mobile or via re-targeting ads can only be display-based. This is why we as an industry still have much work to do to demonstrate our innovation in mobile.

4. The Term ‘Acquisition’ Provides Decision Makers With Another way to Differentiate Activity Other Than the Payment Metric Used

This one is similar to the argument made above, but the confusion here is less between the channel and the aim and more between the activity itself and how it’s paid for. Even if the CPA payment metric is associated with ‘performance’-based activity, often the two are not equated with our channel. In other words, if a client is looking for a CPA campaign it is not for certain that the activity will run through an affiliate team. Because of this, the equation ‘Affiliate=CPA’ is no longer as serviceable as it once was; CPA is no longer unique to the affiliate channel. Encouraging the association of ‘CPA’ with ‘Acquisition’, on the other hand, is a better way to help bridge this conceptual gap between a campaign’s aim and the team the budget is allocated to. Continuing to focus clients’ attention on ‘Performance’ and ‘CPA’ ignores the fact that these are no longer terms relevant exclusively to affiliate activity.

5. The Term ‘Affiliate’ Has an Image Problem

This last point in some ways an accumulation of all of the above, and everyone in our industry reading this will be so familiar with it that its effects need not be stated. Whilst the term ‘performance’ has helped soften the taint of certain negative connotations that ‘affiliate’ carried, its indefiniteness, in my view, hardly helps our industry assert itself. ‘Acquisition’ is a less abstract term than ‘performance’ as it refers to the aim of the marketing activity itself rather its hoped-for effectiveness.

Owen Hewitson is Associate Director in the Performance team at Starcom MediaVest. He oversees the management of performance marketing campaigns for some of the world’s biggest brands and a team of experienced affiliate specialists focused on clients' acquisition-based activity. He began his career in performance marketing in 2007 at Affiliate Window, working first in the account management teams and later as a Client Strategist. He has spoken at a number of events in the UK and Europe and contributes regularly to industry sites and publications.