Search, Social and Mobile – How do They All Fit Together?

I would argue that newer mediums of gaining web traffic, such as social and mobile have an even stronger overlap than older online marketing methods.   Despite this, in larger companies, different online marketing departments can end up working in silo ... 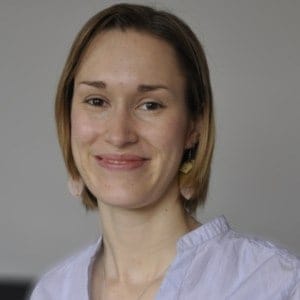 I would argue that newer mediums of gaining web traffic, such as social and mobile have an even stronger overlap than older online marketing methods.

Despite this, in larger companies, different online marketing departments can end up working in silo.  When teams responsible for the different online marketing channels don’t communicate, you not only run the risk of duplicating certain tasks, but also of not understanding the important influence that these channels have over one another. Comparisons between the gains in traffic made from social media vs that from SEO, for example, with no acknowledgement to the relationship between the two are completely nonsensical.

Here are some of the ways in which social media and SEO complement one another:

I hence argue that a debate over whether to cut the budget of one online marketing channel due to its lower performance compared to another one is negated.

Furthermore, decisions made in one channel will have direct implications on the other not only for the fact that the channels overlap, but also because the perception of a brand is something that stays with an internet user, whether obtaining this perception from a website’s search visibility or from your social media campaign. Brand synergy then, is something which applies to search and social as much as it applies to older, more traditional marketing methods.

Mobile should now undoubtedly be forming an essential part to an online marketing strategy. But, again, the importance of the interrelationship between channels should be at the forefront of decisions made over the use of mobile for gaining and maintaining website visitors, as well as brand reputation management.

According to Adobe 2013 71% of people use their mobiles to access social media and it has to be understood that Google search results are different on a mobile phone to what they are on a desktop. (Factors such as the speed and bounce rate are of greater importance for mobile Google rankings.)

So, instead of just considering “what does my website look like on a mobile/tablet?” you should also be asking questions such as “Are people interacting with my social media campaigns on their mobile?” and “What is our search visibility on mobile? How does this compare with my desktop search visibility?”

Also, just like you would with an analysis of desktop visitors, you need to ensure that you are splitting out your traffic via your mobile version. People visiting your website from Facebook will have different intentions to those visiting your site via search. For example, if someone has searched for “cheap mobile phone deals” on Google and landed on your site, they will be a completely different visitor to someone that has landed on your page from a funny infographic about mobile phone usage, posted on your Facebook page.

In summary, there is a huge connection between mobile, search and social, and it is essential that companies recognise this in their communications, analyses, and decision making. If they fail to do this, then they run the risk of missing opportunities, duplicating work and not delivering synergy in their brand.

As Affiliate Window’s Traffic Acquisition Manager, Sylvia is responsible for hand picking publisher sites with the highest potential and providing hands-on support for traffic acquisition (SEO, PPC, social media and conversions). Prior to this role, she worked as an SEO specialist on large-scale B2B websites such as www.icis.com, www.bankersaccuity.com and www.xperthr.co.uk, which gave her a solid foundation in both the softer and more technical SEO skills.