Analytics company, comScore has released its latest set of monthly insights looking at the internet usage for those in the United Kingdom. The number of people online, most popular sites and a demographic snapshot were all included.

ComScore found that 45 million UK residents surfed the web via their PC in June. What’s more, this figure means the rest of the population, roughly 20 million, chose not to use a desktop for internet access. Additionally, 29 million browsed on-network via their own mobile phone. 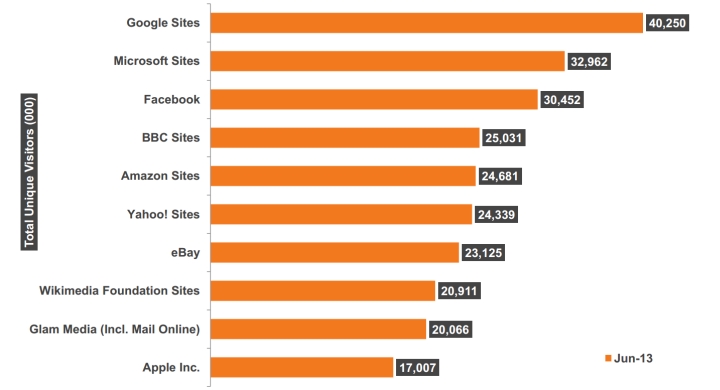 Facebook’s mobile focus meant it was second behind Google in the on-network mobile properties chart. Although, Google’s 18 million unique visitors are considerably more than the social network’s 7 million.

Women aged 55 and over frequently peruse e-cards and pets-related online content the most, according to comScore. Whereas Marks and Spencer is most frequented by the same audience category. 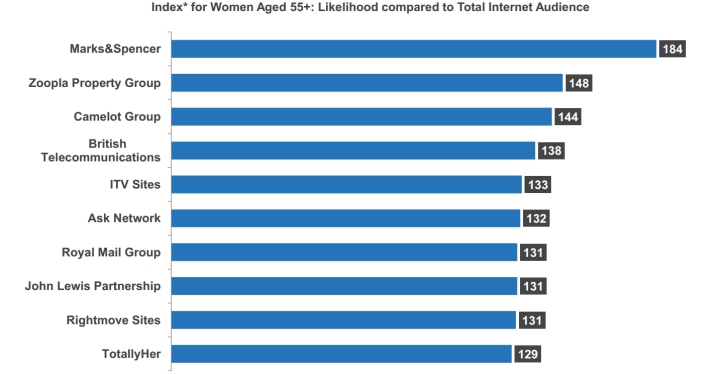 The property market is of particular interest to middle-aged females too, with Zoopla Property Group coming in second on the top site index, which places Camelot Group in third. Could it be this demographic is researching potential ways to spend lottery winnings moments after buying a ticket?

Returning to the wider UK data set, based on browser and app access, TripAdvisor is the number one mobile property in the travel category. Its two million unique mobile visitors meant National Rail’s one million was only enough for second. 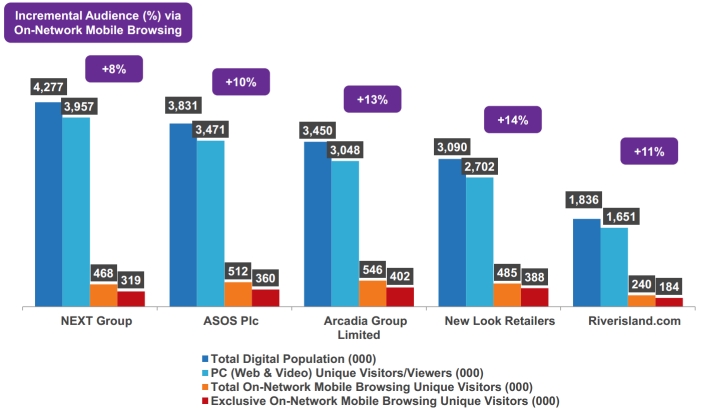