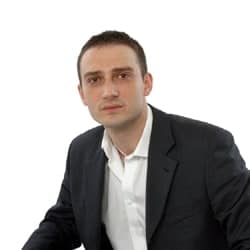 Conversion optimisation is one of the most effective marketing strategies an online business can use to increase site conversion and revenue.  It’s not uncommon to have results of 200% and more.

Conversion optimisation is so good that it’s like winning a lottery. Why? Because lottery is pure luck and doesn’t happen to the vast majority of people on this planet.  By contrast, conversion optimisation is a proven marketing strategy, which within of a few months from the beginning of the testing will provide huge wins that can be compared to a lottery winning. And guess what, every business can be a winner.

Here is proof. I helped a business to increase their monthly revenue from $32,000 to $108,000 simply by testing.  That’s $912,000 extra dollars annually! Or put it another way, with just one checkout test we increased revenue annually by $744,000. But despite such impressive results, many businesses have not started looking into testing yet.

So, here are five important steps to start winning your conversion optimisation lottery every time you test.

Testing is a skill and experience plays a big role in testing wins. With a skilled professional you will get more successful tests and higher conversion rates. The money you invest on such a person will be returned to you in some cases 100s times over, literally.

Testing for big wins requires a strategy. Don’t just test for the sake of testing. You need a solid a/b testing road map (plan) and to follow it. A plan allows you to start testing the most important site elements/pages with the highest conversion impact as first. Plus it will give you enough time to prepare follow up tests, while you run your test. Important: testing doesn’t come out of thin air. The analytics data, surveys, usability testing and experience are used.

I’m constantly being surprised by how many companies I work with that don’t have their analytics setup correctly, i.e. lacking sales funnels, goals and even ecommerce tracking setup on ecommerce stores. This applies even to companies which make $500,000+ per month. So, the data driven company is another step to your success.

Nowadays, there are plenty of testing tools for vendors to choose from costing only $100-200 per month.  Google’s Experiments tool is a basic tool lacking a lot of important features. The intention of this testing tool is simply to introduce testing to people. Conversion professionals will use more sophisticated tools.

My favourite tool is Visual Website Optimizer. But also check tools like Optimizely and from Convert.com, which is getting better each time and is comparable to Visual Website Optimizer in terms of features and functionality. Don’t think that you need to pay big money for Adobe Omniture testing tool which will cost you from $4,500 per month if you are a small business. The current tools are just as effective.

5. Don’t Stop Your Tests Too Early

I’ve seen many tests from inexperienced clients and tests published on testing websites. A good 80% of them were stopped too early, i.e. as soon as their testing tool announces they found a winning variation. Stopping your test too early will cost you in revenue and it can actually decrease your conversion without even knowing it.

For example, I ran a test, where on the following day our testing tool announced that we found a winning variation and improved conversion by 87% and the data were 100% statistically valid. We had enough traffic, approx. 4,000 visits per each test variation. So what could be wrong? Well, after we continued the test and ran it for as long as it was required, the winning variation conversion dropped by 731% and we increased conversion actually by ‘only’ 10.49%. Imagine, if we had stopped the test prematurely and conversion actually dropped. Complete disaster, right?

Also it’s very important to include into your testing strategy a site survey, usability testing and fast tests turnaround.

If you follow all these steps, then winning your testing lottery this year shouldn’t be just a dream.