During her time at the recent a4uexpo Europe in Amsterdam, chief executive officer of European affiliate network affilinet, Dr Dorothea von Wichert-Nick, took time out of sessions to speak to PerformanceIN about the future of performance marketing, educating the industry and more.

Munich-based von Wichert-Nick, who also hosted a session at the two-day event on 'Harness Intelligence, Technology, Creativity and Quality to Achieve your Performance Goals', has headed up affilinet since July 2011. She is also a member of the board at Sedo Holding AG - affilinet’s parent company.

In her strategically-led session, von-Wichert Nick evaluated the position of the affiliate and performance market as part of today's wider online marketing industry. She also hit on the changes encountered by the performance marketing sector and discussed new industry opportunities.

When it comes to ensuring affilinet stands out from other competitors, von Wichert-Nick said affilinet is about the ‘art of performance marketing’.

From Attraction to Action

Looking ahead; affilinet aims to use all the tools of the platform and the huge data pool it has, to offer individual ROI optimised solutions for its clients – with each adapted to the specific situation of the client.

“An important driver for the future is the management of the full sale cycle - from attraction to action,” she said.

“We are expanding towards a full range of performance display solutions; combining our own highly attractive long tail reach, the premium display reach of our partners, and external reach we bring in using Real Time Bidding (RTB).”

When asked about the future of performance marketing, aside from the fast moving world of mobile developments, von Wichert-Nick  said the future lies in the intelligent optimisation of all performance channels on a integrated platform.

“It is about covering both the sales push as well as the pull channels and making them work together,” she said. “It is this, done in combination with big data, intelligent optimisation algorithms and a highly experienced team.

“We are sitting on 16 years of consumer data. It’s about making that data accessible and transforming it into information for our clients.”

On the subject of some of the age-old performance marketing techniques, von Wichert-Nick does not expect any of the current industry methods used to completely disappear, but she does expect channel by channel management, as opposed to encompassing the whole picture, to be ‘dumped’, by industry players.

“It is certain behaviours that will die, such as a ‘sales only’ attitude or a one-size fits all. A far more granular approach is needed, more fine tuning and networks need to cater to all needs,” she said.

When it comes to the best way to educate the wider digital marketing industry on performance marketing, von Wichert-Nick said by simply showing the volume of sales that are already generated using the channels, will show the efficiency.

“Most of our clients love performance marketing because it delivers high value sales at very efficient costs. By showing more case studies we can prove this,” von Wichert-Nick begins.

“I also agree that one of the roles of a network is to educate advertisers. We should be the ones that educate, guide and inspire the advertisers.

“Networks are aggregators and incubators of the publishers - we should show the value of each model to the advertisers and integrate them into a larger, optimised solution. It is this optimisation and guidance that is the real value add of networks - otherwise advertisers could do it on their own.”

She also stressed the value of industry events, such as a4uexpo Europe, and how important networking is within the thriving performance sector.

“We are all about networking, bringing together the right parties be it online or, as we are here, at the a4uexpo Europe,” she said. 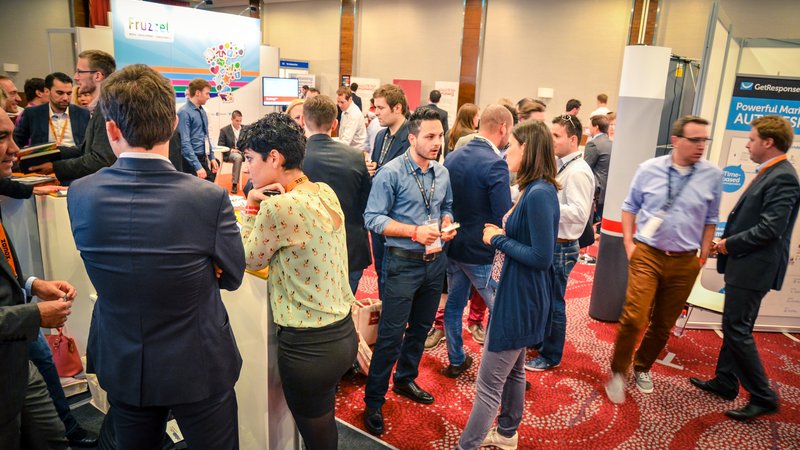 Von Wichert-Nick, who said affilinet’s markets in Austria and Switzerland are performing particularly well, said the same performance marketing channels are used in all of its European markets. But while the challenges of the channels are always very similar, the difference lies in the relevance and the combination of the different channels

For example, the UK, Dutch and German markets have a stronger focus on pull channels, such as cashback and couponing, added with topic websites. Whereas in southern Europe it is more about the push. “Here media channels have a higher share; retargeting, RTB and other display solutions,” von Wichert-Nick said.

Von Wichert-Nick, who was previously managing director at Solon Management Consulting for more than 12 years, is also on the board of affilinet’s parent company, Sedo Holding AG.

In Sedo’s January to March 2013 report, it said that despite the positive revenue and earnings trends in affiliate marketing (affilinet), the effects of the fall in its ‘domain marketing’ segment (it’s other business group) could not be offset at Group level as expected. Meaning that its overall earnings figures in the period were below the previous year’s level.

When asking von Wichert-Nick if this was of concern to affilinet, and if there was a chance that Sedo’s domain-related business could drag affilinet down, she stressed that they are very separate businesses and that it would in no way affect affilinet.

“This is not a concern. Affilinet is growing strongly and is winning over market share and Sedo also shows a good development,” she said.

“While other big networks are stalling or even shrinking, we have double digit growth.”

Von Wichert-Nick, who said that new UK managing director at affilinet, Helen Southgate, has settled in well to her role, said affilinet’s focus is now on expanding the platform towards performance display.