Ever since Mozilla announced it would block third party cookies in version 22 of its Firefox web browser, the online advertising industry has been looking for solutions to limit the impact. This is understandable given Firefox’s market penetration across ... 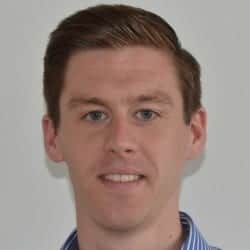 Ever since Mozilla announced it would block third party cookies in version 22 of its Firefox web browser, the online advertising industry has been looking for solutions to limit the impact.

This is understandable given Firefox’s market penetration across Europe, where it is as high as 47% in Germany. However, the impact in the UK will be considerably smaller with Firefox only accounting for 16% of internet traffic during April 2013. The impact will be smaller still in Tradedoubler’s UK network with just 3.5% of traffic generated through the Firefox browser.

Importantly, Mozilla force-update a user’s web browser when it is opened, causing an impressive update rate. But this update only happens when the user’s version is no longer supported. If the release of version 22 was to go ahead on 25th June it would still be some time until users were forced to update to this version because Mozilla will continue to support older versions. After discussions with Mozilla this release date seems unlikely as they admit “the patch as-is needs more work”, so any impact is still some way off.

To identify a solution to this update we must first understand what will happen in version 22 of the browser.

Mozilla is proposing a block on all third party cookies to “more closely reflect the user privacy preferences” according to its developer, Jonathan Mayer.

This highlights an important point for publishers and advertisers – post-click tracking through Tradedoubler will not be affected by this change. Once a user clicks on a publisher’s link they are sent to the advertiser’s site via Tradedoubler’s servers where a first party cookie is set.

Using this type of redirect and a first party cookie means our click tracking remains secure and highly accurate despite the Firefox update. Publishers can be confident that they’ll be rewarded for all of their transactions with no impact on the user journey whilst advertisers need not worry about missing transactions.

This is where Tradedoubler’s European reach benefits publishers and advertisers. The user only needs to click on one Tradedoubler link – for any publisher or advertiser in any country – for Firefox to accept all Tradedoubler third party impression or retargeting cookies. With a network of over 140,000 publishers operating in 18 countries it is highly likely that the user will have interacted with a Tradedoubler link at some point in their journey.

It’s also worth highlighting that the user’s cookies will not be wiped during the browser update process. So if they already hold a first party cookie from Tradedoubler it will remain in place.

User privacy is a key topic and has been highlighted in the recent EU cookie directive. Tradedoubler respects this stance and is working closely with advertisers and publishers to improve the transparency of cookie usage on sites within our network. We feel that providing users with the facts about our cookies and how they are used will allow them to make an informed decision about their privacy settings. At the same time we must also protect the interests of publishers.

Whilst Tradedoubler’s unique reach dramatically reduces the impact, we are also looking at other ways to tackle the Firefox update. Some solutions rely on forcing a click at the time of impression and thereby setting a first party cookie. Whilst this circumvents the problem, Tradedoubler believe it is an unethical approach and risks taking us back to the murky days of online display advertising. Also, it doesn’t provide an industry-wide solution; meaning publishers and advertisers would be forced to implement a myriad of solutions to work across multiple networks.

Instead we are looking at options such as device recognition, using non-personally identifiable information that is freely available from a user’s device. Using advanced matching algorithms a single device can be recognized at the point of impression/click and conversion without the use of cookies. As a widely used and trusted technology it would provide a clear and transparent option for the industry to adopt.