What the Future of Connected TV Means for Brands

A truly connected experience is not far away with both Google and Apple aiming to take their Android vs. IOS war across platforms and compete for the consumers’ attention on the big screens.  With Google’s growing fanbase and Apple ... 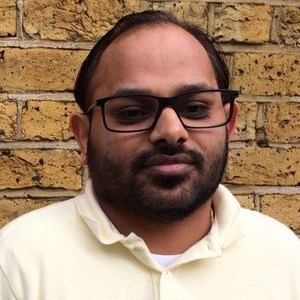 A truly connected experience is not far away with both Google and Apple aiming to take their Android vs. IOS war across platforms and compete for the consumers’ attention on the big screens.  With Google’s growing fanbase and Apple’s near flawless ecosystem it will be very interesting to see what they can bring to televisions over the next few years to maintain and grow their customer base.

Google has a much more open development platform which will make it easier for developers to create apps for Google TV whereas Apple TV, if and when it does finally come out, will be easy to use and no doubt take full advantage of their deeply immersive ecosystem – allowing for content to flow easily to and from the television to all other IOS devices.

TV, much like the mobile phone, has had to evolve in order to gain the attention of a consumer who wants more choices, more simplicity and more entertainment. The days of simply buying a phone to make or take a call are gone and likewise the new era of the Smart TV comes; equipped with pre-installed apps, like LOVEFiLM, BBC iPlayer, YouTube, Facebook, Twitter and a whole lot more. Recent market research has shown that by 2016, consumer use of connected TV’s will be more than 890 million.

For a brand, connected TV means a richer experience for its consumer, offering more engagement beyond the traditional 30 second ad. Millions of pounds are spent on prime-time advertising, but brands are still unable to verify the true value of an ad in terms of views, engagement and sales. The potential of Smart TV, however, means brands can start measuring exactly how much of an impact a TV campaign has on viewers. There are brands like rightmove and Marks & Spencer that already use TV apps to improve engagement, and while Shazam recently denied claims of developments to its app where people can see and purchase clothing worn by celebrities and newsreaders on TV, technology is sophisticated enough to do this.

Dual screening: watching TV while using your smartphone or tablet is now the norm and you only have to follow the conversations on Twitter, where people from all over the world can become involved, for programmes like the Apprentice, to see just how formidable it’s become. No longer can we simply sit and watch a TV show. We divide our attention to not only watch TV, but chat on WhatsApp and shop online as effortlessly as we would breathe.

There is a real opportunity for brands to evolve their onscreen presence. The battle between Google and Apple is set to go onto a whole new level and it will be interesting to see how the traditional distribution platforms, such as ITV and Channel 5 for instance, react to having new competition.  It’s the new relationships between brands and affiliates that is going to be an interesting watch over the next few months.

Affiliate Strategist at iCrossing. Kunal has more than eight years' experience of working in affiliate marketing. He has worked across the full spectrum of the industry, but the focus of his current role has been to expand iCrossing's client portfolio and grow the agency's service line. His current clients include Heathrow, Nature’s Best, and Virgin Experience Days.