Affiliate Opportunity in the App Space

It’s sometimes easy to forget that the app industry was only really created in 2008 after Apple’s launch of its iPhone. However what a big bang it was. In just five years, there are almost two million apps ... 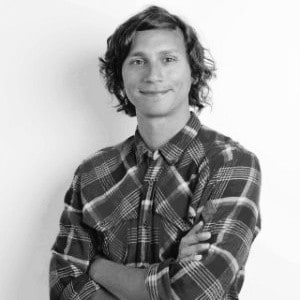 It’s sometimes easy to forget that the app industry was only really created in 2008 after Apple’s launch of its iPhone. However what a big bang it was. In just five years, there are almost two million apps across all mobile platforms, that have been downloaded more than 65 billion times, and the industry is predicted to be worth an estimated $56 billion by 2015. Let me give you a moment to re-read that and take it in.

If you’re surprised by the meteoric rise of app marketing, you’re not alone in the affiliate space. At Tradedoubler, we’ve been working with our clients to expand their affiliate programmes into the app space since 2012; however we’ve not seen the industry connect app and affiliate marketing (app-ffiliate?) channels. There are plenty of examples of advertisers in the UK who have developed fantastic apps with a great functionality, which bridge online and offline and offer their customers a really unique mobile experience. However I’ve not seen many examples of brands that have taken the next step and incorporated these great sales channels into their affiliate programmes.

83 out of the top 100 global brands have apps and thus an app-commerce strategy; I doubt whether any have an “appffiliate” strategy. This constitutes a missed opportunity to take advantage of the performance marketing industry’s key attribute – the pay-on-results metric.

Tablets are set to outsell laptops for the first time in history this year, and whilst the demise of the desktop has been greatly exaggerated, the rise of mobile marketing hasn’t. However the role that apps play in this rise is still perhaps unappreciated by some in the affiliate space and as a result, the dismissal of the performance channel as a key route for app marketing represents an increasing risk of affiliate marginalisation within this growing mobile space.

Consumers now spend more time accessing the internet using apps on their phone than through browsers. 80% of time spend online via mobile devices is done through apps according to research by Flurry, and Compuware help shed light on why in a recent survey with 55% of respondents siting “more convenience” as a factor in preferring apps to mobile browsers. This trend is set to continue, and it will become increasingly more difficult for those that choose to ignore the app-shaped elephant in the room when planning their mobile affiliate strategies.

As mobile becomes an increasingly important part of brands’ marketing mix, so too the app space is becoming an increasingly important part of the mobile marketing mix. With giants such as ebay targeting $20 billion in sales this year, largely from increased customer adoption of their apps (100 million downloads and counting), it’s obvious that the opportunity for the industry to take a lead in this rapidly moving industry is immense, and the danger of choosing to ignore it, perilous.