The recent news that Firefox will be blocking third party cookies by default in an upcoming release was met with a certain amount of shock and panic by many in the online advertising business. In fact, Mike Zaneis, SVP and ... 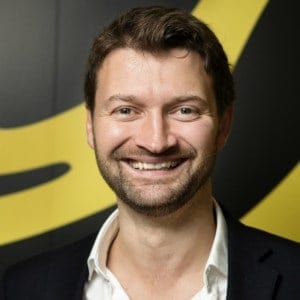 The recent news that Firefox will be blocking third party cookies by default in an upcoming release was met with a certain amount of shock and panic by many in the online advertising business. In fact, Mike Zaneis, SVP and General Counsel for the IAB in the US, went as far as to call it a “nuclear first strike against [the] ad industry” on Twitter. Given the level of publicity around this development, you’d be forgiven for thinking that Firefox was the first major browser to implement this sort of privacy policy, but you’d be wrong: Safari has been doing so for years (also by default) and Internet Explorer and Google Chrome both have options to automatically block third party cookies.

It may sound ominous on paper, but for performance marketers at least, this change might not have as much of an impact as one might initially fear… and the reason for this lies in the way that the vast majority of performance marketing is normally measured: On a post-click CPA/CPL basis.

The below is based on Tradedoubler’s tracking, but most major affiliate networks will use similar tracking technologies.

The post-click is the key part here as it means that an affiliate/ad network’s cookies are classed as 1st party rather than third party and therefore won’t be blocked under Firefox’s new privacy policy. For example, when a user clicks on a Tradedoubler link (regardless of whether it is a banner or text link), the user is very briefly redirected through Tradedoubler’s servers before arriving on the advertiser’s landing page. Tradedoubler uses the brief moment that the user redirects through our servers to drop a 1st party cookie that won’t be blocked by Firefox. We’ve downloaded a beta version of the browser and have conducted tests that confirm this.

Unfortunately this isn’t currently the case for post-impression cookies. As there’s no click by the user, and no redirect through the affiliate/ad network’s servers, any cookies dropped will be classed as third party and be blocked by the upcoming release of Firefox. However, once again this is an area where affiliates won’t feel the impact as much as other areas of online marketing. The nature of Firefox’s cookie blocking solution means that if a cookie already exists for a domain, then subsequent third-party cookies are allowed. It means that if a user has clicked on an affiliate link, the affiliate network will be able to drop post-impression cookies for that user in future (until the cookies are all removed).

The Issue of Retargeting

One of several areas that does rely heavily on third-party cookies is retargeting, as they need their cookies to be dropped by the advertiser’s site in order to retarget them later on. It’s certainly an issue that will concern the companies specialising in this type of ad-serving.

If the above sounds concerning, it’s worth putting this into some context. StatCounter data shows that Firefox accounted for 16.59% of browser usage in the UK in February 2013 and only 16.14% of that figure is running the latest version. From this we can assume that the full impact won’t be felt for some months after the release date of 25th June 2013 and that it will affect less than a fifth of users.

I personally believe that responsible ad serving and tracking is what makes the internet what it is today. I’d much rather see relevant ads than have to start paying to read content on the internet. I hope the huge number of professional companies out there find a way to reduce their reliance on third-party cookies. Otherwise, this really could prove a nuclear first strike against not only the ad industry, but also the average user.

Nick Fletcher is the UK Country Manager at Rakuten Advertising. Appointed to the position in August 2019, Nick Fletcher has played a decisive role in establishing Rakuten Advertising as the fastest-growing affiliate network in Europe.  Prior to being named UK Country manager, Nick was Rakuten Advertising’s VP of Customer Success, responsible for growing and retaining clients in the UK and driving double digit growth for Rakuten Marketing. With a passion for enabling brands to step up and succeed at an international level, Nick works closely with leading clients such as Cult Beauty, NET-A-PORTER and MATCHESFASHION.com.  Before joining Rakuten Advertising, Nick was Head of Client Strategy at Tradedoubler UK, where he was responsible for ensuring team the delivered growth of revenue and GP.  Throughout Nick’s thirteen years in the industry, six of which have been at Rakuten Advertising, he has been widely regarded among the team as a mentor to junior and fellow experienced professionals. He champions the notion that when done well, through new tools powered by artificial intelligence, automation and strict adherence to transparent measurement, performance marketing can be the most influential form of marketing there is.