Bing! A Bright Idea for SEO? 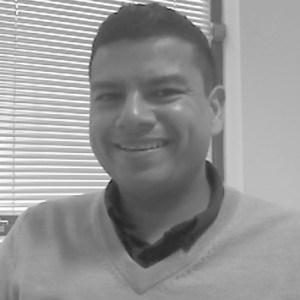 When we need to know how to find the area of a circle, do we “Bing” it? When we want to find out how visible a brand is it, do we “Bing” it? Microsoft’s search engine, or “decision engine,” took its first steps into a world dominated by Google in 2009. Many considered it a fool’s errand in view of Google’s staggering 66 percent+ market share; but Bing has earned a respectable piece of that market for itself at between 12 and 16 percent, and it has become the preferred engine of those at the “tip of the adoption curve.” Bing may be a bright idea with its rich suite of features, usability, and interface, but is it a bright idea to SEO for number two?

Bing from the Beginning

Bing is the culmination of various Microsoft efforts to provide search services, starting with MSN search in 1999. MSN used results from other search engines, primarily Inktomi. The next generation of Microsoft search was Windows Live Search, which did generate its own results. Live Search, as its name was shortened, gave way to Bing in 2009. The search engine, while building on the progress of the others, offered users a new interface and set of features.

From day one, Bing was positioned as a more advanced and targeted alternative to Google. In the official announcement, Microsoft announced, “Bing is specifically designed to build on the benefits of today’s search engines but begins to move beyond this experience with a new approach to user experience and intuitive tools to help customers make better decisions….” Despite some poor decisions of its own (namely “copying” Google’s results), Bing has had more success than many in the search industry anticipated.

In a Search Engine Watch study of searchers, it was discovered that 36 percent of people “strongly preferred” Bing’s social search layout, while 27 “somewhat preferred” it. Google’s numbers were weaker at 19 and 18 percent respectively. Says SEW’s Dave Davies, “I’d chalk this down as win for Bing. If only they had the chance to get in front of users.” As Stephen Colbert said, “Bing is a great website for doing Internet searches. I know that, because I Googled it.” Bing wanted to prove its mettle with their Bing It On challenge. The challenge, in which 4700 people participated, yielded positive news for Bing:

What to Think About When Targeting Bing

The main challenges that I’ve encountered at www.bullseyemedia.co.uk is that all search engine algorithms are different, and no one wants to reveal their secret ingredients. Some key differences between the two engines include:

Despite the many differences, there are a host of similarities between the world’s two biggest search engines. This is good news because optimising for both is not impossible. A major concern is that optimising for Bing will impact how a site ranks in Google. More good news: this is unlikely. There are a few key differences you want to consider, though. For instance, Bing is far more Flash-friendly than Google. Flash sites tend to rank better on Bing.

But, often, what works for Google supports Bing and vice versa, or at least does not detract. An example: Google does not weigh meta descriptions as heavily as Bing, but nor will it negatively impact Google rankings if you have strong meta descriptions on each page.

The top SEO tip for Bing and Google is to generate high-quality, original content. This is the backbone of any SEO strategy. To support that content, consider:

Bing’s algorithms are less complex than Google’s, and this is positive for SEO efforts. It indicates that Bing relies more on “old school” or traditional SEO signals from which Google’s sophisticated algorithms has graduated. Another benefit is that fewer sites are optimising for Bing, making it easier to rank higher on this engine.

There are key techniques to avoid:

Aside from the meta refresh directs, these “don’ts” apply as strongly to Google as to Bing, reemphasising that websites can optimise for both engines without incurring undue extra resource or time expenditure.

What’s Next for Bing?

To compete with Google and continue to chip away at market share, Bing has to continually improve and innovate. Thus far, the young search engine has done this with initiatives like a Facebook partnerships, incorporation of social search, personal recommendations, and Bing Rewards.

Stefan Weitz, director of Bing, says, “If we’re successful, we’re making the pie bigger. The growth part of search is in action, and we’re going to be the best with that.” That is, they’re not trying to take Google’s piece of the market share pie; they’re going to make their own by focusing on action, growth, improvement, social, and keeping on the cutting edge of search.

The average searcher may not “Bing” their queries; but Bing has a rich range of features and capabilities available that can convert many Googlers,“if only they [have] the chance to get in front of users.”

Hitesh is an Internet marketing expert and seasoned entrepreneur. Hitesh is CEO and co-founder of  leading digital marketing agencies SEO.co.uk and Bullseye Media. Hitesh's strengths lie in digital and online, these combined with his commercial knowledge allow him to create and execute successful online business strategies.