Brands certainly believe in the value of video and budgets are only failing to keep up because the surge has been so significant. Cisco reported in 2011 that video already accounted for more than half of all internet traffic. By ... 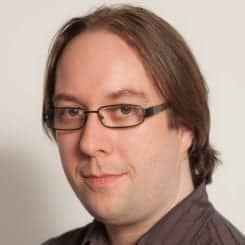 Brands certainly believe in the value of video and budgets are only failing to keep up because the surge has been so significant. Cisco reported in 2011 that video already accounted for more than half of all internet traffic. By 2016 the company estimates there will be three trillion online video minutes worldwide watched every month. That means 833 days of video will be watched every second.

In 2011, comScore counted 30.5 million unique video viewers in the UK. That’s about half the population.

Cost per View to Get Started

Video suits many types of affiliates including true content sites who can either post a video unit as they might a MPU or may even be able embed the video in with other content.

One way for content affiliates to expand into earning from videos are the “cost per view” video seeding sites. These networks don’t typically act on a cost per acquisition basis and instead pay publishers for each on target video view they generate. An on target video view is one from the right geographic reason and budgets are finite; sometimes drying up in just days.

These video networks include the AOL owned Go Viral, ebuzzing, Viral Ad Network and Unruly Media. Unruly Media raised $25 million in a first funding round from Amadeus Capital Partners at the start of 2012. This is the largest amount raised by a private company in the social video space and is a reflection of how hot video performance has become.

Social is the key to these networks. They pay publishers to help seed a video. The tactic allows for videos which are good enough to build a viral momentum and grow naturally after that paid for seeding. Publishers do not get paid for these reshares.

Despite the risks in paying to seed a video which might not achieve viral success these networks are tempting and valid options for brands. A study from Unruly suggested that 49% of viewers of a social video purchased the advertised production within three days of the view.

The traditional CPA model has already been transferred to videos by a number of networks. Coull allows publishers to overlay videos with an affiliate banner. Coull bought RevUpNet for around $2m in 2012 to expand to the US. Kiosked offers a similar service allowing publishers to associate products with a video player.

Coull tell me that their network average for video clickthrough (Q3, 2012) was an impressive 5.9% and a conversation rate of 8% is not uncommon.

Stats from Kiosked are a little softer but still impressive. They report a “68% consumer engagement level with products related to a video”.

Kiosked’s Andreas Strandman noted; “When products are relevant, consumers don’t see them as ads.” That’s true. It’s the case that both Coull and Kiosked’s methods of monetising content are far closer in style to native advertising than typical banner placement.

This is especially important for mobile and tablet usage where ads gobbling too much of the screen estate can be especially disruptive and annoying. The boom in smartphone and tablet use is directly proportional to the rise in video viewing. If your site’s mobile theme cuts out the banners or drops them below the fold then video content with an ad overlay becomes an attractive, incoming earning, option.

It can be frustrating when a brand is not available as an option on a video network. It is especially frustrating to an affiliate when the brand has just released a fantastic new video, has a product or service ideally suited to it and yet there is no way to connect the two through performance marketing.

This frustration is born from the financial challenges in the video model. Video networks need to keep a large chunk of the commission, charge advertisers a hefty technology fee or set quite high minimums in order to pay for bandwidth and claw back development costs.

Solutions like VideoClix, which turn any video into a clickable collection of hotspots, allow publishers to associate any ad they like. This could be used in conjunction with standard commission earning links without advertiser needing to pay to be present. VideoClix, as an example, charge between $495 and $995 per video.

As a result of advertiser scarcity we have publishers with access to any video on YouTube, videos that they could monetize for free but a limited number of advertisers they could match with it. This leads to one brand’s video being used in conjunction with another brand’s offer. There are any number of combinations that could horrify conservative brand purists in creative agencies and in-house teams throughout the country.

The future looks rosy for video performance marketing. There are more videos, more audience and more ways to connect the two.

In January 2013 the International Telecommunication Union (ITU) approved the next generation of video format, the H.265 standard, which will make it possible to stream HD video over mobile networks where bandwidth might be scarce. This will ensure that mobile (and tablet) video viewing jumps again.

Automation, to a degree, looks likely in the near future too. We have solutions like VigLink and Skimlinks able to scan text to insert affiliate links and we surely do not have long to wait until there is a video equivalent.

In fact, it seems unnecessary to have one cluster of solutions to monetise video content, another for images (like Luminate or Thinglink) and a third for text. It is all too possible that the rampant growth in video will merge technologies, perhaps companies, and give publishers and advertisers single stop shops in which to monetise all forms of content.

Andrew Girdwood is Media Innovations Director at DigitasLBi. A blogger and a self-confessed digital marketing geek, Andrew dedicates his time to understanding what’s next in digital marketing and sharing that knowledge with clients and colleagues. With a strong digital media background, acquired after a decade at the forefront of the industry, Andrew’s knowledge and interest ranges from search and display to affiliates, social media, ad exchanges and demand-side platforms.