Getting the Most From Hybrid Deals

Hybrid deals aren’t anything new. In fact, they’ve been with us for a fair while now, and without truly realising, they have slowly weaved their way further into the performance marketing mix. For those new to the concept ... 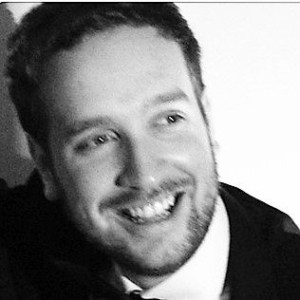 Hybrid deals aren’t anything new. In fact, they’ve been with us for a fair while now, and without truly realising, they have slowly weaved their way further into the performance marketing mix. For those new to the concept of Hybrid deals, they work in a way whereby the advertiser pays in two different models; a typical example is to pay for a tenancy deal concurrently with a CPA. Not as common, it could also take the form of display advertising (CPM) or cost per click (CPC), running parallel once more with a CPA.

A hybrid campaign can help cut through the noise and make a valuable impact – offering greater exposure in a competitive market, which could comprise of having homepage placements or a higher position within a specific vertical / deals page, email slots, etc…, thus providing a distinct competitive advantage over other merchants at key times.

This piece attempts to explore how and when to use these type of deals, referring to examples from R.O.EYE clients, whilst providing some advice to merchants, and to a smaller extent advertisers.

Communication A pre-requisite to anything and everything in performance marketing, but you’re not going to get very far without effective communication. Discussions between the advertiser and publisher should provide insight, and I always find that collaborating together gets the most efficient results. Majority of the time, the publisher will have performed on a hybrid deal with another advertiser – possibly a competitor – so it’s always advised to take past performance into account in order to manage expectations of your particular campaign.

Objective setting What are your objectives? I have worked with many different advertisers with different goals & different expectations of a hybrid deal. Brand awareness, launching of a new product, supporting a specific promotion in a multi-channel campaign; there are plenty of way in which a tactic like a Hybrid deal can come in handy. Evaluating brand exposure may be a tough task, but there are quite a lot of ‘super affiliates’ now who can target emails to over 1m members with a loyal fan base, so if you see results not being quite what you expected, chances are that they may have transacted through another channel.

Name your price Publishers will often have fixed prices when it comes to a tenancy agreement and most of the time won’t negotiate or budge from the set price. However, if hybrid deals are an integral part of your performance marketing objectives and you’re looking to use certain publishers regularly, then there may well be a chance in discounting, or a free promotion. Furthermore, this consistency can build the relationship with the publisher, and you will be more likely to secure a tenancy deal in peak times, like Christmas, Easter, and Public Holidays.

Promotion Aesthetics play a key role in making a promotion stand out. Branding, visuals, calls to action, all work intricately to create an easy-on-the-eye promotion. The promotion – if indeed that’s your objective of a Hybrid deal – must be strong enough to lure in new clientele e.g. if an offer for new customers, a strong discount works well. For even better results, why not put in some development time and create a co-branded landing page, like we have done for one of our clients, Blurb: Conversion rates can be improved drastically.

Be Creative With Twitter and Facebook becoming recognised as part of the performance mix, think of clever ways to tailor a Hybrid deal. One of the best Hybrids we have executed resulted in 727 retweets for a competition and WoW growth was 280% with 68% of these were new customers. Even if you can muster a few hundred pounds in your budget, sometimes a quick promotion like this can give a boost to your campaign

Are hybrid deals right for me?

Budgets are obviously a key factor as to whether a Hybrid can be worthwhile. With the promising news that affiliate budgets are on the rise in 2013 from the latest IAB report, it can be plausible to suggest that Hybrid deals will be here to stay. It’s worth mentioning that there are alternative options available, solus initiatives like emails to a specific user set on a fixed cost as opposed to a hybrid offer can be lucrative and great exposure; however, keep in mind that a Hybrid can be used to limit the level of failure should it not perform to expectations – usually publishers will offer half the tenancy amount if it’s with a CPA, but this will vary for advertisers.

If agreeable for both parties, a bonus once a publisher generates a certain level of sales can be the most efficient way of gaining the most effective ROI and with the vast majority of networks having capabilities to deploy this method; this can be a clever option providing the publisher is happy with the commercial arrangement.

Hybrid deals can work well, although I would stress that there is not a one-size-fits-all approach that can be adopted. As mentioned before, advertisers’ objectives, budgets, and incentive strategies will vary, but for new advertisers, they can use it as a branding opportunity and get their product out there to a mass audience. It’s cheaper than other various forms of offline advertising (TV, radio, billboard) and with a code and extra coverage; you are easily able to evaluate success. For more mature advertisers, a Hybrid campaign can introduce new products, or support a multi-channel campaign whilst ensuring costs remain low and ROI high.

As Account Director at one of the UK’s largest independent performance marketing agencies, R.O.EYE, Chris is responsible for delivering strategy and ensuring incremental growth for a mixture of clients across many verticals. Chris is heavily involved within the agency’s development by consulting with clients, understanding their requirements, then ensuring the strategy is carried out by the various performance and data insights team