What Merchants Need to Know When Choosing an Affiliate Network

In today’s affiliate world, networks play a pre-eminent role that facilitates the effective operation of the entire industry. However despite their high visibility, there is a surprising lack of transparency in how larger networks manage relationships between merchants and ... 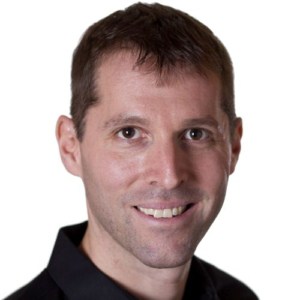 In today’s affiliate world, networks play a pre-eminent role that facilitates the effective operation of the entire industry. However despite their high visibility, there is a surprising lack of transparency in how larger networks manage relationships between merchants and affiliates.

Notwithstanding their claim of a performance-based business model that benefits merchants, the truth is that many networks are expensive, riddled with conflicts of interest, and heavily dependent on coupon and incentive sites for the bulk of their revenue, even though they are of minimal value for a majority of their clients.

Merchants looking to establish a relationship with an affiliate network need to spend time learning and understanding industry dynamics in order to navigate the network labyrinth successfully. Understanding potential conflicts of interest between networks and their affiliate relationships is also paramount, along with knowledge of the sometimes-dubious sales tactics often used to sign up a new merchant.

Read on to learn about some of the sales tactics to watch out for.

In the early stages of the sales process to a merchant that already has an affiliate program, network sales reps encourage the prospective client to add the network as an additional option to reach affiliates they don’t already have, noting that they are a great complement for the existing program. Then in the late stages of negotiation, they ask the merchant to move everything to their network, exclusively. The tactic is used over and over again, and it is totally disingenuous. The networks get in the door talking about how they can deliver value as a new option and then push to take over everything in the ninth inning with a better offer or by implying that the original offer included the migration from other networks to them.

In the sales process, network reps make bold projections that can only be achieved by including a lot of coupon and incentive sites in the program. For merchants that indicate they don’t want these sites, the projections are not adjusted downward: they are just not talked about moving forward, leaving the merchant to believe their program will still grow at a swift pace. In reality, merchants that choose to focus on high-value affiliates vs. coupon sites grow their programs steadily over a multi-month period, not overnight.

Locking in clients with minimums and fees is the key to the big networks’ bottom lines. The minimum monthly and à la carte fees are often charged on top of a 30% revenue share on all commissions paid plus a minimum one-year contract, the latter of which is sometimes buried in the fine print. This combination of high minimum fees, guaranteed contracts, and upside revenue is a “win-win-win” for the networks alone.

Additionally, there are potential conflict of interest and program quality issues to consider. Find out more below.

From the network perspective, generally speaking, all affiliates are good affiliates and all sales are good sales as this feeds the primary money making engine. Merchants who question the value of certain affiliates (e.g., coupon and incentive sites) are often given a party line response as to why they are valuable, without any consideration to the specifics of the situation or that merchant’s business model. Often, the affiliate being questioned is also represented by the network. Since the network gets paid when there is a transaction, this is a direct conflict of interest.

Little effort or attention is paid to the quality of affiliates who apply to the network. Getting an affiliate account is free, and the big networks do almost nothing to verify that businesses are who they say they are. Moreover, 80% of a network’s VIP affiliates are coupon and incentive sites. When asked for its list of top wedding site partners, networks don’t provide real wedding sites; their list consists of coupon and incentive sites that are receiving credit for sales from wedding merchants. It’s not the same thing.

Here are some real-world examples of these dynamics:

Merchant A approached a large network to start a new program and told the sales rep they wanted to exclude all coupon sites. However, unbeknownst to the merchant, the projections provided by the sales team were based on including such sites. The client signed a one-year agreement with $500/month minimum fees to the network (about $25,000 in monthly sales is needed to cover the fees), but the program failed to perform as projected. Account reps blamed the lack of performance on the exclusion of the deal and coupon sites, yet they offered up very few sites outside of this scope as potential partners. The merchant was furious and quit the network as soon as their contract expired. They moved their program to a smaller network and have seen 75% annual growth without a single coupon site.

Merchant B decided to review its ongoing affiliate program with a large network. During the audit, they discovered that less than 2% of affiliates were active, and those were predominantly PPC trademark bidders, coupon sites, loyalty sites, and other non-value-added affiliates. The network was charging $2,000 a month for “account management services”, which consisted of a generic impersonal e-mails sent to affiliates on behalf of multiple client programs. Additionally, for the preceding three months, the network had not provided any management services at all because they had trouble contacting the company after their initial point person departed, yet they continued to charge the fees. The merchant terminated the agreement, saving about $7,000 a month in unnecessary fees and commissions.

Merchant C was a small but fast-growing retailer in the children’s space with a successful, low-cost affiliate program on a mid-size network. A large network approached them with a promise to increase their exposure, and the sales team promised new value-added affiliates as a complement to the company’s current program. They also made a last minute plan to shut down the other network to which they said they were “value added”. Once they were on the new network, the merchant saw very few new affiliates who were not deal or incentive sites. When the marketing manager complained and tried to negotiate a lower fee, the sales team was nowhere to be found and she was told this could only be done if they extended their contract (with more guaranteed fees).

Similar to the famous adage “no one ever got fired for hiring IBM,” in the affiliate industry there is a sense of security associated with the large affiliate networks. However, in many cases this security is false, as the unfortunate reality is that the large networks have stacked the deck in their favor and against merchants under $100 million in revenue (and even against many of those above that level). Knowing the issues is the first step in ensuring a mutually beneficial relationship, regardless of the size of the network.